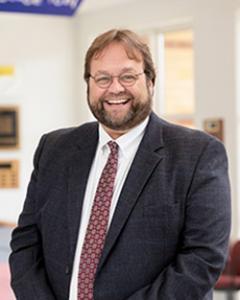 Phillips, principal of Providence ES, will begin once new principal is named
Dan Phillips has been appointed assistant to the superintendent for the City of Fairfax Schools. Phillips is currently the principal of Providence Elementary School. He will begin his tenure when a new principal is named.
In his letter to his Providence ES community, Phillips wrote:
"While I am excited for this new opportunity, it means I will have to leave the best job in FCPS.
As I have said many times before, Providence Elementary School is a special place. We have incredible support from the Region 5 team in Fairfax County Public Schools, and from the Superintendent and School Board in the City of Fairfax. We have additional funding from the City, and as a Title 1 school, which gives us resources that are not available to most schools. We have a beautiful facility in which to meet every day. There will be a long line of people attracted to this job for those reasons alone."
Phillips will continue to work with Providence ES in his new role as assistant to the superintendent. As Assistant to the Superintendent, he will work with Superintendent Jeff Platenberg with facility upgrades, support administrators, and oversee grants to the four schools. Phillips has deep connections with the City of Fairfax. His two sons attended and graduated City schools, he has worked for the parks and recreation department, and has been an administrator at both Daniels Run ES and Providence ES. He has been at Providence ES as principal and assistant principal for eleven years.
"We are excited for Dan to join our team," said Jeff Platenberg, Superintendent of the City of Fairfax Schools. "Dan not only has a deep passion for education and students, but a love for the City of Fairfax. His voice advocating for all at Providence ES will be now a voice for all of our city school students, families, and staff."
The Region 5 office at FCPS will begin the principal search process in the coming weeks. Providence ES families will be able to provide input on important skills for the new principal.