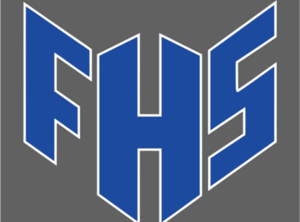 New street name will be Lion Run.
Following the announcement from Fairfax High School principal Dr. Erin Lenart the new team name of FHS will be the Fairfax Lions, the City of Fairfax School Board voted unanimously to change the name of the adjacent street to Lion Run.
The street, named Rebel Run in 1972, coincided with the school's team name. With the announcement of the change of the team name to Lion on Thursday, June 18, 2020, the City School Board held a special meeting to change the street name.
Superintendent Dr. Phyllis Pajardo thanked the school board for re-designating the street and supporting the principal. "Principal Lenart has courageously acknowledged a change was needed with the team name. The change of the team name and street more fully demonstrate the realization of several characteristics noted in Fairfax HS PRIDE including Respect, Integrity and Empathy. I frequently use the hashtag #CitySchoolsProud. Know that I will indeed feel City Schools Proud the next time I drive on or walk down Lion Run."