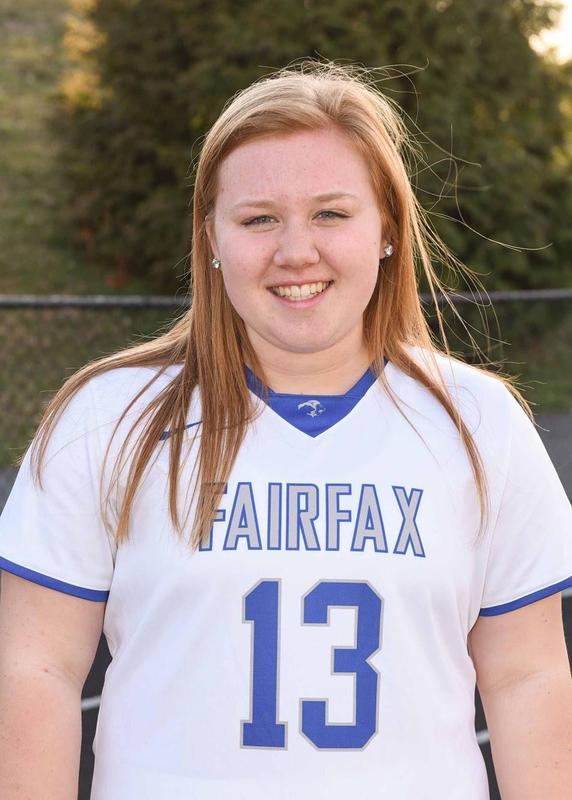 Fairfax High School (FHS) senior Kylie Horn was awarded the City of Fairfax School Board Janice Miller Scholarship. The Scholarship, open to all FHS students through an application process, was established in recognition of the 30+ years of support and service Ms. Miller has provided to the City of Fairfax schools as a School Board member and Chairman. Students are chosen based on grade point average, community service and leadership based on extracurricular activities and community-based service.

Kylie’s leadership skills were shown from her first year at FHS. Throughout her four years Kylie was served two years on the Superintendent Advisory Team, was elected as the Student Representative to the City of Fairfax School Board, elected Student Government president and with her leadership class planned numerous events such as Homecoming and Freshman Orientation called Pride Assemble.

In addition to her leadership roles, Kylie was also a volunteer reading and math mentor, a swim coach and planned numerous charity drives for the City of Fairfax community. Kylie was also a four year varsity starter for the lacrosse team and volunteered in a youth league for lacrosse clinics.

“Kylie is certainly a wonderful representative of our Fairfax High School seniors,” said Janice Miller. “Her dedication to her school and her community is to be commended. I wish her the best of luck next year at Guilford College, and I hope she finds her way back to the City of Fairfax Schools as a teacher.”

“Over the last three years I have been impressed with Kylie’s advocacy for Fairfax students as she first served on my Superintendent Advisory Team and then as Student Representative to the City School Board,” said City of Fairfax Superintendent Dr. Phyllis Pajardo. “I have seen her efficiently manage large projects such as the Homecoming parade and the Pride Assemble freshman orientation. Through it all she continued to hold herself with grace, maturity and a smile on her face.”

Kylie is a product of City of Fairfax Schools. First attending Daniels Run ES and then Lanier MS before attending FHS. Her parents are both City of Fairfax school teachers – something Kylie hopes to follow suit as she plans on majoring in education.