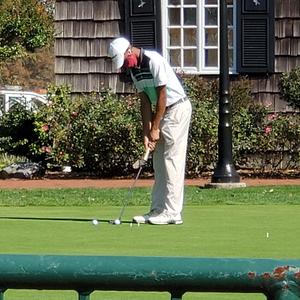 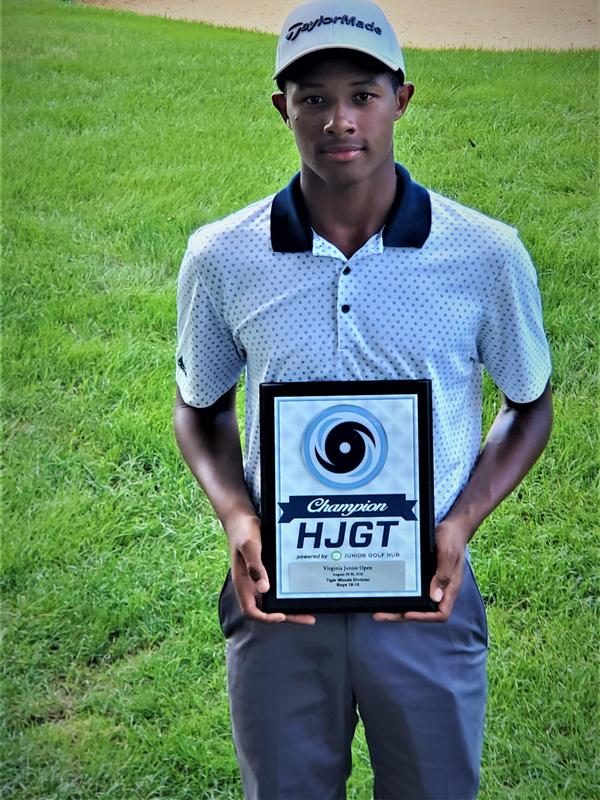 Fairfax High School (FHS) senior James E. Thomas IV is using his unusual senior year to focus on golf and becoming an Eagle Scout, in addition to the many responsibilities that his senior year requires.

James has been part of the Occoquan conference and regional champion FHS golf team for the past four years. The team was third in the state in the 2019 tournament. This past December, James participated in the Hurricane Junior Golf Tournament of Champions in Orlando. James finished the two-day tournament eight over par and placed 35th out of 105 athletes.

James has been playing golf since he was four years old. Like many children, James played a variety of sports, but golf was the one he was the most interested in and found the most success. He has been playing golf competitively since he was seven, playing in tournaments throughout the region and state. James, a Providence ES and Lanier MS alumni, plays at least five days a week after school and on weekends.

“Golf has been a great sport for me,” said James. “I get outside a lot and have met a lot of people through the sport. It has also taught me to work through challenges.”

James played in thirteen junior golf tournaments since June 2020 through the end of the year. He had three wins, One third place finish and two-10th place finishes. He played in nine Hurricane Junior Golf Tour events this year and finished overall 25th of 868 players nationally.

James is interested in playing in college and focusing on a Business major, but COVID has made it challenging for all senior athletes applying for schools. Many collegiate fifth year seniors or graduates will be allowed to play because they have an extra year of eligibility as many seasons were cancelled in 2020, so spots for incoming freshman may be diminished on some teams.

Golf is not the only commitment James has made in high school. He is on track to become an Eagle Scout this year and has spent the last five years earning a number of merit badges to earn that prestigious award. James was selected and earned the Order of the Arrow, which is the highest Leadership level for a scout. He has been an active member of Troop 187 since the first grade and will complete his Eagle Scout project in the spring of 2021. The project will be a “Blessings Box” where neighbors can take or leave food to help out those in need.

James is keeping a positive attitude throughout this unprecedented time during his senior year in high school. His favorite classes at FHS have been in history and his statistics class. Later this winter he will hear back from his college applications and will decide where he will attend school in the fall or perhaps take a gap year and work.