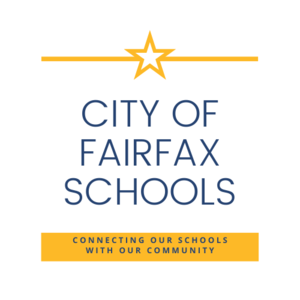 The new term begins July 1, 2020.
The City of Fairfax School Board attended a virtual swearing in ceremony on Wednesday, June 30 to begin their two-year term.

Jon Buttram is serving his ninth term on School Board.

He has been active as member, chairman, vice chairman and legislative liaison for the School Board. In addition, he has provided leadership as the chairman of the Northeastern Region of the Virginia School Board Association (VSBA) and in support of the most recent School Bond Referendum Committee. He has been active in city schools through multiple PTAs, as an instructor for after school activities (Hands-on-Science), as a high school science fair judge, and Odyssey of the Mind coach and judge. He has also been active in a number of city and community organizations, including the Park and Recreation Advisory Board, Southeast Fairfax Citizens Association (SEFCA), the Elementary School Consolidation Task Force, and two Southeast Fairfax Traffic Calming Task Forces.

Carolyn Pitches is serving her sixth term on School Board, and has been chairman since 2018.

Bob Reinsel is serving his fourth term on School Board.

He has also served the city as president of the Mosby Woods Community Association, on the City of Fairfax Parks and Recreation Advisory Board, the Mayor’s Committee on Housing, and is vice president of the Fairfax Spotlight on the Arts Board of Directors.

He grew up in the City of Fairfax, attended Westmore Elementary, Lanier Middle, and graduated from Fairfax High School. He returned to the city in 2006 so his children could benefit from the outstanding educational opportunities available in our schools. He is a senior business operations manager for a global internet information services and telecom firm.

Toby Sorensen is serving her seventh term on School Board.

She served as chairman from 2014-16 and as vice chairman from 2018-20. She is the city representative to the County School Board’s Comprehensive Planning and Development Committee. She is one of the city representatives to the Washington Area Boards of Education. She has been the School Board representative to both the city Parks and Recreation Advisory Board and the Environmental Sustainability Committee. She represented the city on the Fairfax County Superintendent’s Business and Community Advisory Council for three years. She was also co-chair of the City School Board Facilities Planning Committee and a member of the Fairfax Community Coalition. She is a past PTA president of Fairfax High, Lanier Middle, and Layton Hall (now Daniels Run) Elementary schools. She currently serves as the Country Club Hills Civic Association treasurer and is also a block captain.

Mitch Sutterfield is serving his sixth term on School Board.

He has been a resident of Fairfax City since 1964, moving through Fairfax Elementary, Sidney Lanier Middle, and Fairfax High School (1972). After a B.A. and M.A. in English at the College of William and Mary, he received a Ph.D. in English from The George Washington University in 1992.

In 2004, he was selected by Rotary International as its Teacher of the Year (among the four schools of Fairfax City). In 2003, he was the Virginia Wrestling Coach of the Year, awarded by the Virginia High School League Coaches’ Association.

Currently, he serves on the Board of the Mosby Woods Community Association. Before joining the School Board, he was its representative to the Fairfax County Superintendent’s Business and Community Advisory Council. Since his retirement from the classroom in 2009, he has been a substitute teacher for Fairfax County Public Schools.